Florida 8(a) Alliance Leadership & Board Members

Stephanie M. Landing is the founding Executive Director of Florida 8(a) Alliance. She has over seven years of project and grant management experience. She brings to her current position non-profit experience, working previously as a Grants Manager for the National Park Foundation. She managed an increasing number of grants awarded from $10 to $29 million over 3 years for education, outreach, and research projects in the National Parks. She also has 12 years business experience and 7 years in federal contracting.

Additionally, Ms. Landing holds a BS in Biology from Dickinson College and an MS in Environmental Science & Policy from the Johns Hopkins University.

Founder, Board Chairman, Florida 8(a) Alliance

Mr. Harold is currently President/Managing Member of A. Harold and Associates, LLC—a technology, education, engineering, and training services firm. He co-founded the Florida 8(a) Alliance, Inc. in November 2011 in an effort to give back to the small business community. Key contributors to his success include the Small Business Administration (SBA), Jacksonville Small Business Development Center (SBDC), and the renowned business incubator Beaver Street Enterprise Center.

A. Harold and Associates, LLC has grown from a home-based office to a 36,000-square foot facility. In August of 2007, Mr. Harold obtained his SBA 8(a) certification, allowing the company to experience rapid growth in the federal market space. In 2009, the U.S. Small Business Administration chose Mr. Harold as the District, State (FL), and Region IV winner of their Entrepreneurial Success Award. In 2010, Inc. Magazine ranked AHA #182 out of the top 500 fastest-growing private companies in the United States, growing more than 1500% in three years. In 2011, Ernst & Young chose Mr. Harold and AHA as a Florida finalist for their Entrepreneur of the Year award.

More recently, the Jacksonville Business Journal chose AHA as their Minority-Owned Business of the Year for 2011 and Mr. Harold as a top Veteran of Influence for 2014. Most notably, Mr. Harold participated twice on panels of small business owners who met with the President of the United States to discuss economic concerns. In 2017, Mr. Harold was named North Florida District, State and Region IV 8(a) Graduate of the Year.

Mr. Harold graduated from Oberlin College Conservatory in 1990 with a Bachelor’s of Music degree in Piano Performance. Following graduation, he entered the U.S. Navy flight program and served as a naval aviator for 11 years of active duty and 9 years in the U.S. Navy Reserves. He recently completed 20 years of service and retired from the military as a Lieutenant Commander. Mr. Harold is Board Chair of the Florida 8(a) Alliance, a 501 (c)(3). He resides in Jacksonville Beach with his wife and four children.

Janice Donaldson is currently the Regional Director of the Florida Small Business Development Center (FSBDC) at the University of North Florida. She has been involved with the FSBDC since November 1981 and has served as the Training and Communications Coordinator, Assistant Program director, and Program Director before her current position. Ms. Donaldson is responsible for the delivery of management assistance services to small business owners in an 18-county area, with a budget of more than $2 million and a staff of 25 employees. The FSBDC at UNF assists nearly 1,700 clients and trains nearly 2,000 workshop participants each year. She is also a part-time instructor in the UNF Coggin College of Business. Ms. Donaldson is also involved in the Jacksonville community. She serves as a class liaison for Leadership Jacksonville Class of 1993, on the Community First Credit Union Business Advisory Council, and as a member of the Women Business Owners of North Florida and the Jacksonville Women’s Network. Ms. Donaldson has received a number of awards including Outstanding Advocate from the Beaver Street Enterprise Center; Florida Times-Union EVE Award Finalist, and Jacksonville Business Journal Woman of Influence. She earned her MBA from the University of North Florida and her BA from the University of Georgia. 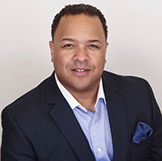 Cassius F. Butts is an advocate for entrepreneurial endeavors and spends his time and resources supporting organizations to help others succeed. The founder and CEO of Capital Fortitude Business Advisors, a boutique management-consulting firm located in Atlanta, GA with satellite relationships in Florida, Nevada, and Washington, DC, he is an accomplished executive. Cassius served in leadership roles with Bank of America, Fleet Bank and two presidential administrations. In 2018, Georgia Governor Nathan Deal appointed Cassius as chairman to the McPherson Implementing Local Redevelopment Authority (Fort Mac LRA).

Cassius is the former Regional Administrator for the U.S. Small Business Administration (SBA) appointed by President Barack Obama in 2011. During his tenure with SBA, he managed five record-breaking years for SBA lending within the eight southern states. He strategically managed to back over +$20 billion dollars to small businesses during his appointment. Previously, Cassius served as a Presidential Management Fellow under the George W. Bush Administration within the U.S. Department of Housing & Urban Development (HUD). He assisted in the establishment of HUD’s multimillion marketing procurement process and was named Branch Chief of the Real Estate Owned division during his tenure.

Cassius is a graduate of Morehouse College, Clark Atlanta University’s Graduate School of Public Administration and Emory University’s Life Learning Institute where he received a Certificate in Grant Writing. He enjoys volunteering his time with several organizations such as the World Affairs Council-Atlanta Chapter, the Morehouse College National Society of Leadership & Success where he serves as Chair, and the Morehouse College Mentoring program. He also serves on the board of directors of Operation HOPE, WellStar Health System Research and the Greater Women’s Business Council to name a few. As a seasoned advisor, Cassius was asked to testify regarding his support of the SunTrust/BB&T merger at the Atlanta Federal Reserve Bank in April 2019. He is also a graduate of Leadership Atlanta Class of 2012.

Garth Arevalo is CEO of Lukos. Lukos is one of the most successful small businesses in the military special operations market. Prior to co-founding Lukos, he served on active duty for 12 years in the Air Force and at Special Operations Command as a Contracting Officer and then served another 8 years in the Air Force Reserve. He has worked supporting special operations forces throughout the world for most of his career. He has a BS-Business Administration from Georgetown University and an MS in Entrepreneurship from the University of South Florida.

Request to join the LinkedIn Group